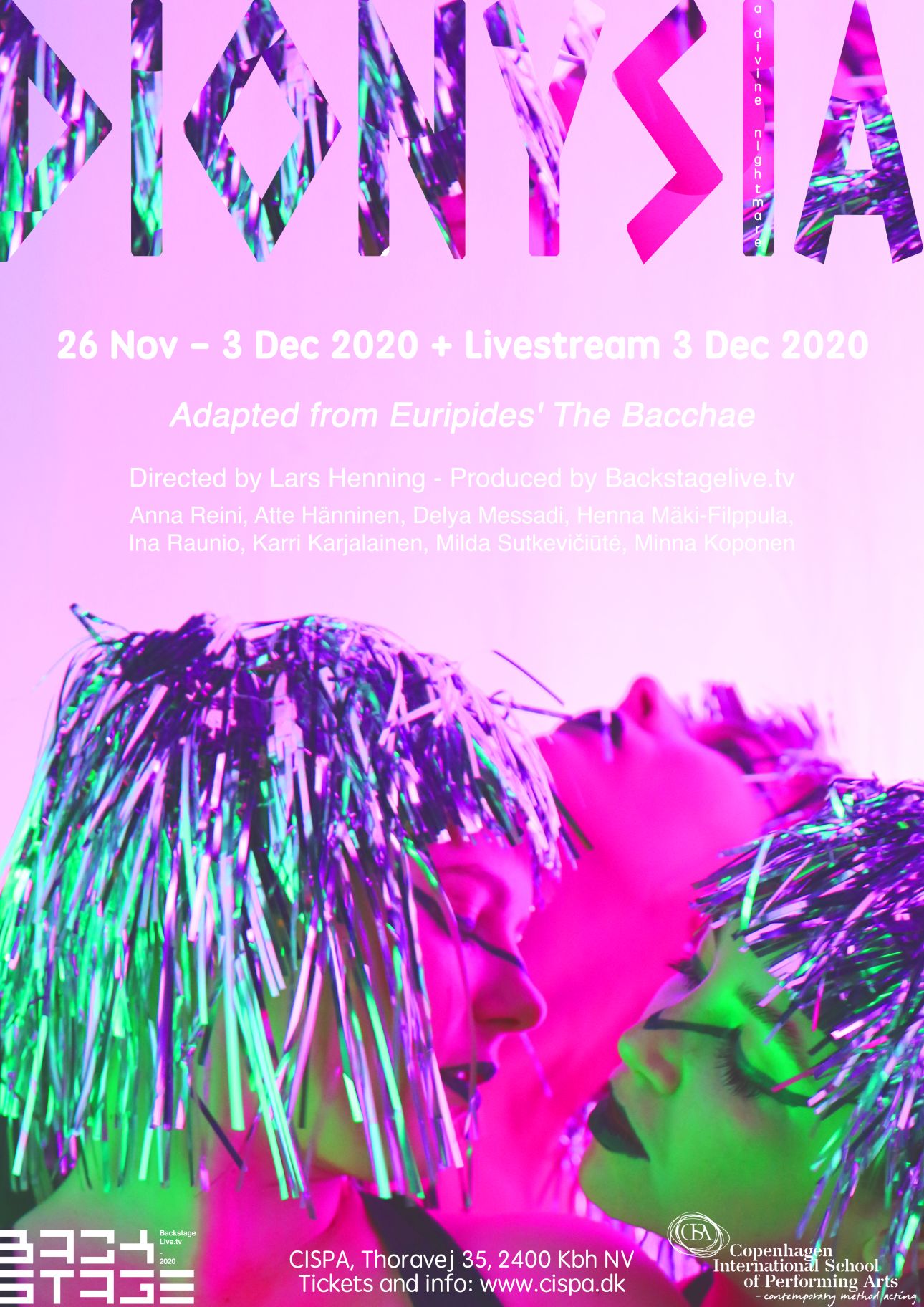 A Foreigner arrives in a European city with a cohort of devout worshippers. He insists that everybody follow his religion, and when his command is not followed, he visits a bloody punishment on the city.
Sounds like a familiar narrative?
Except this Foreigner is the androgynous god Dionysos, born from the thigh of Zeus, and his religion is one of sensual delirium and passionate mysticism. His followers are the Bacchantes, revelling in ritual dances, and he’s returning to his birthplace Thebes, where they refuse to acknowledge him as a deity. His revenge is a glorious nightmare vision of queer savagery.

Dionysia is a contemporary re-imagining of Euripides’ ancient Greek tragedy The Bacchae.
In this production, performed by the CISPA 3rd Year, we work with cutting edge technology to create a visually arresting, sensual and choreographed scenic language.

Dionysia is created so as to give a unique theatrical experience for an in situ audience as well as an online audience, using state of the art live-streaming technology.

IMPORTANT INFORMATION REGARDING THE SHOW 03 DEC

Due to the requirments of a high quality livestream the show on 03 Dec is slightly different than normal, e.g. in terms of lighting, camera, and the performers direct addresses, which will predominantly be to the cameras rather than the live audience.

We would like to reassure you that the in situ experience will not be seriously jeopardised, however, we’ve nevertheless decided that your tickets will be free of charge.