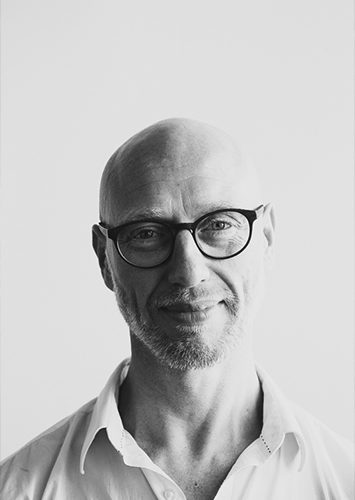 In collaboration with René Wormark and Michael Wighton, Lars is responsible for the overall planning, development and implementation of training content, for the artistic and pedagogical approach, international collaborations, and CISPA's academic and methodological profile.

Lars trained as an actor at Drama Centre London (part of Central St. Martin’s College of Art/University of the Arts London). His most prominent mentor was the renowned Yat Malmgren, whose innovative Movement Psychology System, developed through his collaboration with the legendary Rudolf Laban, enjoys worldwide recognition. This system amalgamates Laban's movement theory and practice with Jungian psychology and key elements of Stanislavskij’s Method.

Subsequently, Lars has performed in numerous productions nationally and internationally, before starting his directing and teaching career in 2000. Since then, he’s taught and directed around 40 theatre productions in Denmark, England, Scotland, Canada, Egypt, Greece, Iceland, Norway and Sweden. 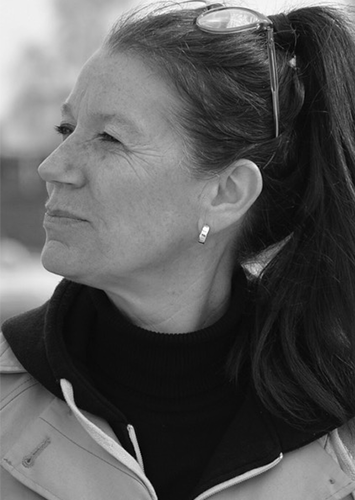 Educated actress from "Ecole du théâtre et mouvement Jacques Lecoq" in Paris in 1989 and has a Master's degree in Theater and Drama Pedagogy, 2007.

Gitte Gry is a censor for further performing arts educations and at the professional colleges, as well as chairman of the board of the "National Association for Performing Arts Basic Courses" (SGK) and leader of the center for dramatic education at Teater-V, Copenhagen. 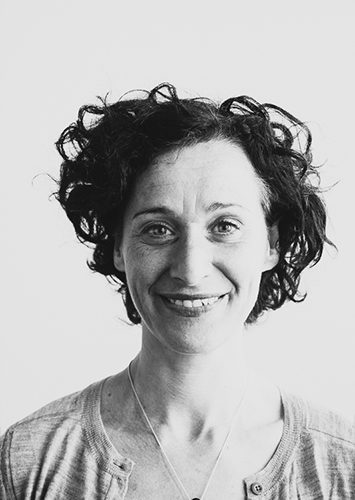 Eva teaches The Emotional Body for 1st year students, and is the Student Counsellor for all three years.

In 2000 Eva graduated in Acting from the Institut del Teatre de Barcelona and in 2007 in Integrative Body Therapy from Espai de Gestalt.

Her research revolves around the expression of Truth on stage, in all its manifestations. She has developed a methodology that challenges the actors to express themselves more freely and boldly, both artistically and personally. Among the most important topics, she works on the Rules of the Game, Theatre and Ritual, the Borders of Theatricality and the Poetics of Image. She draws inspiration from different sources such as Jerzy Grotowsky, Pina Bausch, Theatre du Soleil, Javier Daulte, José Sanchis Sinisterra amongst others.

From 2002 she has continuously worked with the internationally renowned theatre company Teatro de los Sentidos, being part of the team as a creator and an actress. She also teaches the Master of Sensorial Language and Poetics of the Game at Girona’s University. 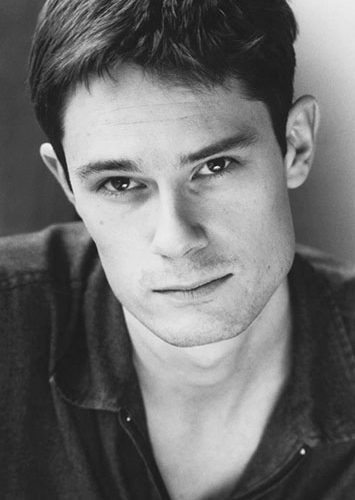 Laurence Mitchell trained at Drama Centre London and has been working as an actor in the UK for over 15 years. Theatre work includes-National Theatre, Young Vic, Old Vic, Almeida Theatre, Royal Shakespeare Company, Soho Theatre, Lyric Hammersmith, Royal Exchange Manchester among many others. He has taught at Central School of Speech and Drama, Drama Centre London/Central St Martins, ALRA,The Actors Centre London.
He is a regular tutor at CISPA. 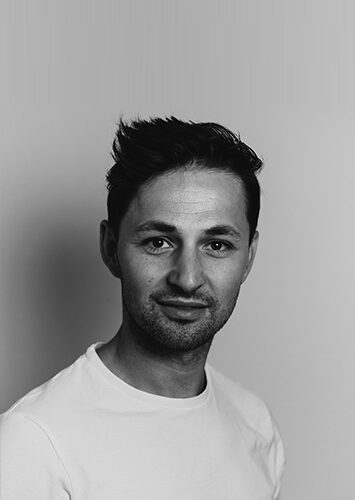 In collaboration with Lars Henning and Michael Wighton, René is part of the CISPA management and is, among other things, co-responsible for the planning and development of training content. In his capacity as Administrative Director, he is responsible for the financial and organisational matters.

René graduated as an actor in 2012 from Film+Teaterskolen Holberg. He has received training i Stanislavskij-tecnique, Uta Hagen and Laban/Malmgren technique, He has been working as an actor since. He has been in plays all over Denmark i.e. Aarhus Teater, Teater Momentum, Esbjerg Musikhus, Odeon in Odense, Fredericia Teater. He is active in screen acting, and is doing a lot of dubbing for Disney and Netflix. 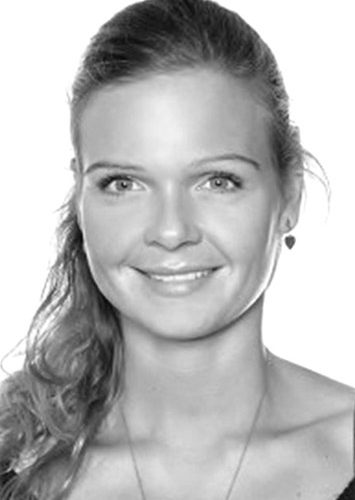 Henriette, now based in Copenhagen, received her formal training in Spain at Centro Maxime d’ Harroche. She’s specialized in modern dance and did her internship with DDT (Danish Dance Theatre). For the last 15 years she has been working as both a dancer and teacher in Denmark and abroad. She has received further training from names like Compania Danza Contemporanea de Cuba, Luis Roblejo, Cathy Stuyt and Stephane Buko. Henriette has a strong base in ballet, and has through her training and professional life worked with different modern techniques such as Laban, Horton, Cunningham, Graham, Limon and Gaga. Out of those she has especially found her inspiration and deeper work with the techniques of Horton, Cunningham, Gaga and ballet, which she also uses as the base for her classes.
In her teaching, she focuses on the process – the development of the whole person, body as well as mind, in the belief that we’re all unique and everybody has their own thing to offer. A big part of being a teacher is to guide and encourage each student as an individual, to guide them to find their own path, with strengths and weaknesses, and thereby forming an independent artist.
In Henriette’s classes at CISPA, you’ll be taken through different disciplines, starting with ballet, building up strength, balance, flexibility, body control, but also an understanding and base of dance technique. From there we move on to different modern techniques, try some different choreographies, and eventually progress further into improvisation and exploring own choreographies. 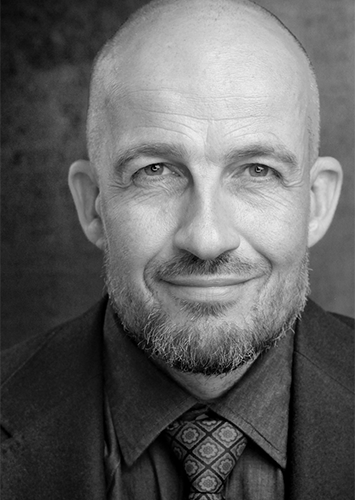 Andreas has a versatile background in Grotowski based group theatre, Brazilian Capoeira and a decade of living the film actor’s life in LA. He has studied with several of Hollywood’s best coaches alongside work on series like CSI:NY and Key & Peele, and has also done motion capture work for Lucas Arts and DC Comics.

Returning to Copenhagen, he started teaching at the Danish Actors Guild regularly, as well as doing intensives at other schools, including European Film College. He has become a staple name as a coach for Audition- and Selftape-technique for film and TV.

After being introduced to Chubbuck Technique by certified teacher Maibritt Saerens, Andreas soon also became certified by Ivana Chubbuck at her studio in LA, and he still attends her weekly online classes as an actor. He is greatly inspired not only by the technique, but by the trustful and supportive community at the LA studio; and hopes to inspire the same kind of environment in his classes at CISPA.

In teaching the Chubbuck Technique, Andreas works to empower the actor’s ability to transform personal issues into powerful creative work. Rooted in basic science of human behavior, the technique serves as a unique tool to create katharsis and empathic healing for both actor and audience. 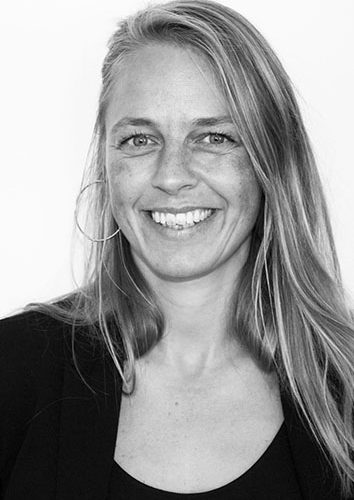 In 2007, Rikke completed the 5 year diploma training at the Funen Musical Conservatoire as a rhythmical singer and voice coach, with the piano as her subsidiary instrument. She has many years’ teaching experience from different music schools, MGK, The Singing Academy etc.
Since graduating from the Conservatoire, Rikke has made further studies within singing and voice technique both nationally and internationally. In recent years, she’s been researching the correlation between body, voice and movement, thus commencing in 2010 a training in ”Movement Communication” at Decenter Funen.
As a performer, Rikke has investigated many different genres. She’s sung and played in several jazz orchestra, ranging from free jazz, improvisational music, original compositions to Big band. In addition, she’s been the lead singer of Salsamantes, a 10-person salsa orchestra, several pop, rock and soul cover-bands, and composes music for her own band, spanning classic pop, rock and samplings. 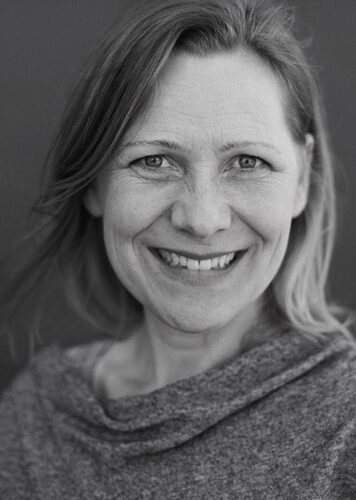 Rikke trained as an actor at Bristol Old Vic Theatre School and has an MA in Voice Studies from The Royal Central School of Speech and Drama in London. She lived and worked in the UK for over 20 years. Between 2003 - 2011 she taught voice at London drama schools such as East 15 Acting School (University of Essex), LAMDA and Drama Studio London. Since returning to Denmark it has become a mission for Rikke to open up Shakespeare’s plays to new audiences. She takes her ‘Shakespeare – the actor’s approach’ workshops to schools across the country, runs Shakespeare Lab workshops for actors and creates theatre projects in collaboration with schools, museums and other artists.

She is an experienced voice-over artist working both in the commercial and the artistic field; and she works as a guest lecturer at University of Copenhagen, Skuespillerskolen Ophelia and several Danish Folk High Schools. Rikke is an Associate Teacher of Fitzmaurice Voicework and has many years of experience with the Nadine George technique; her teaching at CISPA is a mixture of many techniques, with a strong grounding in Rodenburg, Houseman and Cicely Berry’s work. She is constantly expanding and developing her own teaching practice seeking inspiration from yoga practices, presence work and various acting techniques. 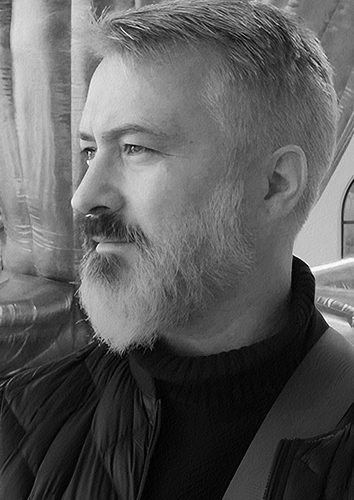 Vidar was born and raised in Norway.

His main occupation as a dancer has been in modern dance, but he has also done a few musicals, children's theater and physical theatre. As a dancer, he had the opportunity to tour in large parts of Scandinavia, Europe, the USA, South Africa and China.

Since 2009 - 2021 he worked at the Schools in Oure, a boarding school at Funen. He was employed as a dance teacher at the school and for 8 years as artistic and educational director for Oure Dance Academy.